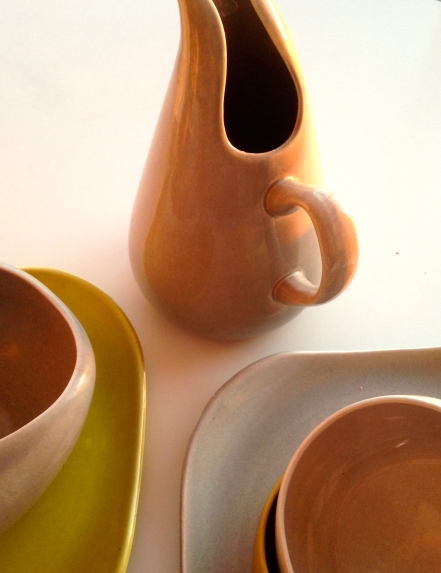 My first encounter with the industrial designer , Russell Wright came in the form of American Modern dinner ware …covered in dust and grime at an estate sale.

Stylish and organic in shape, the design was inspired by the colors and forms of nature.
Mass produced and affordable , they outsold every other dinnerware and when new colors or shipments arrived the Macy’s stores were mobbed!
.

His 1950’s book ” Guide to Easier Living”, co written with his wife Mary, espoused a simpler, more casual approach to living well: Design as a humanizing and democratic element. 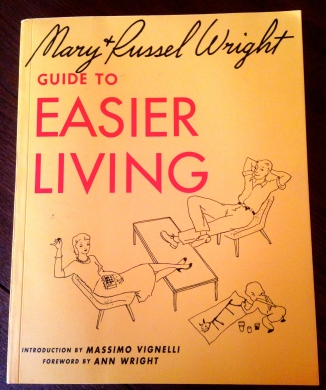 Decades later Terrence Conran quipped that “everyone can have a great salad bowl”, echoing Wright’s belief that anyone can create an aesthetically pleasing home and life. 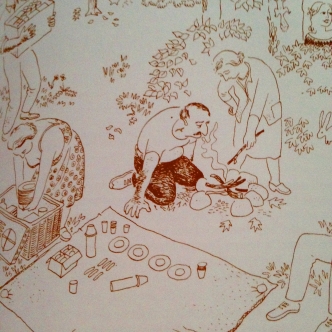 In 1942, Mary and Russell purchased 75 acres of damaged and logged land high above the Hudson River to use as a summer retreat.
For the next decade, they lived in the existing bungalow, studied the seasons and vegetation, and embarked on a 30 year transformation of the site.

Mary and Russell named it Manitoga, Algonquin for “place of great spirit.”

The house is modern and geometric, a 2 story of glass and rock. It sits snug into the slope, above the pond with roofs covered in greenery, a tree trunk in the living room and boulders as steps and walls.
It’s harmonious relationship with the ecology and landscape ahead of it’s time. 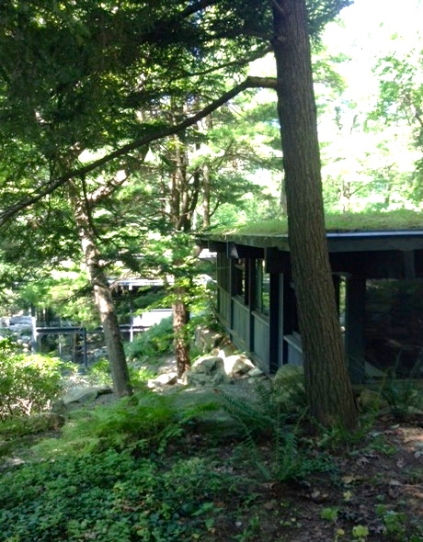 Russell Wright died in 1976, and sadly the buildings and landscapes have deteriorated.
It’s now owned by The Russell Wright Design Center, but restoration is slow with most effort focused on the home and studio.
Thankfully now on the World Monument Fund Watchlist, the landscape needs detailed restoration and the visitor experience can be unsettling.
Given the rock star status of Wright, the re-issue of his famous dinnerware and the esteem in which he is held one can only hope that the Design Center can mobilize funding and energy to restore this magical place.

Just an hour north from New York City in the sublime Hudson River Valley , add it to your must see list.