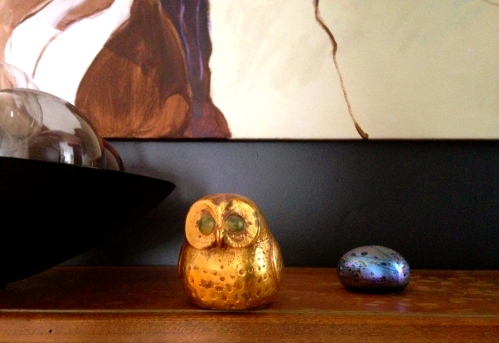 That not great moment when you realize you are a cliche….

I named my children Emily and Will, although Bodhis and Hazels will probably be in the same situation soon : most popular names of the decade.
I restored a vintage RV (actually ahead of the curve that time).
Cracked up over a funny story about a woman of a certain age who wore linen pants and red necklaces until I noticed I was wearing linen pants and a red necklace.
Did a detox retreat.
Love my Prius.
Started writing a blog

The final straw.
I have owls on my bookcase and I take photographs of signs when owls are featured.

To be truthful I haven’t bought owl paraphernalia in at least 5 years but that’s because owls are EVERYWHERE.

Apparently the best selling design on children’s bedding, bibs and backpacks, owl designs are a slam-dunk twofer that work for boys and girls and help keep the design flow working in houses that don’t want to celebrate the neon pink Mattell decor or cartoon vibe. .Parents love the wise old owl and the thinking-caring, affluent-aware parents are so over the princess and pirate thing.

Graphic designers can really work with a bird with big eyes and a round, round shape, and it’s a gift show truth that baby animals with big eyes are guaranteed to tug our heart strings, in particular white fluffy babies with big eyes. ( remember the white seal posters and the baby polar bears , oh and the snow monkeys)
Jonathan Adler , über potter and savvy marketeer knew what he was doing when he created dozens of iconic owl pieces. White design owls rule the cash register.

A Pinterest page called OWL Designs has 494 owl pins and 515 followers.Super popular Ukranian fashion blog is actually called Owls are Awesome and there are Facebook pages devoted entirely to these charismatic creatures. I blame Winnie-the- Pooh and Harry Potter in that order. 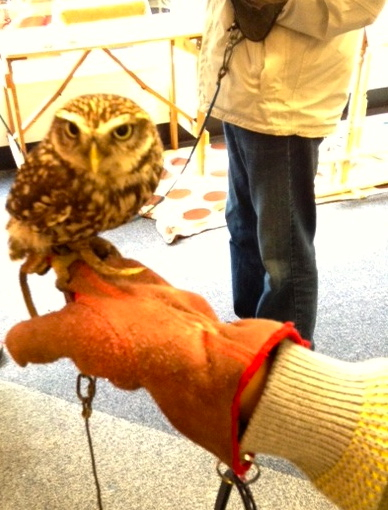 Last week I heard an owl hooting.So we ran outside, up the street trying to discover the source of the sound however the trees were so tall and wintery darkness thwarted our attempts to see a real live owl. A neighbor had a big owl swoop past her as she sat in the backyard and a birdwatching friend told me they are “everywhere” and I should be able to see one if I looked in the right place. 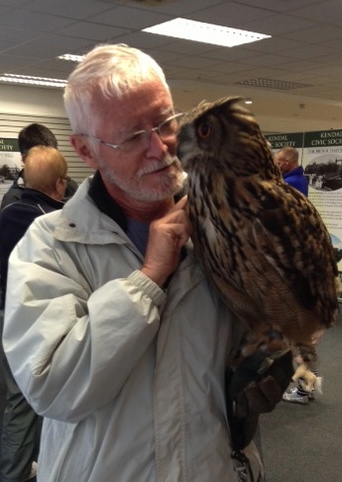 Owls are prehistoric , feared and revered in ancient and contemporary cultures,solitary and nocturnal but apparently not as smart and wise as we imagine.

But damn if they aren’t the coolest design icon ever…at least for now.